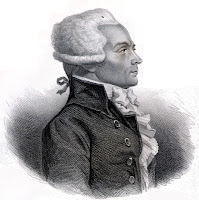 Dan E Stigall received his LLM in International & Comparative Law from George Washington University and his JD from Louisiana State University. He has spent his career as an attorney for the United States federal government, including service as a military lawyer in Europe, the Middle East, and throughout the United States. Dan researches and writes on topics related to international law and comparative law. He is the author of Counterterrorism and the Comparative Law of Investigative Detention (Cambria 2009). His articles have appeared in the George Washington International Law Review, the Cardozo Journal of International and Comparative Law, the Louisiana Law Review, the Military Law Review, and numerous other publications.
Dan will blog with us for the next few months.
Posted by Unknown at 10:06 PM