The XVIIIth International Congress of Comparative Law will be held in Washington, DC from 25 July-1 August 2010. It: 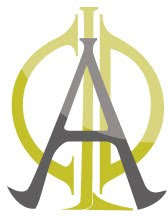 will take place at American University Washington College of Law, George Washington University Law School, and Georgetown Law from July 25 to August 1, 2010.
This weeklong conference of the International Academy of Comparative Law (Paris), which takes place only once every four years, is being held for the first time in the United States and is presented by the American Society of Comparative Law along with the International Academy and the host schools. The program features over forty scholarly programs with some of the most prominent academics, judges, and justices from around the world.
Confirmed speakers include:

Every effort is being made to achieve truly interactive meetings in the Academy-format sessions, which are led by a distinguished chair and a general reporter but which will allow comment and conversation between national reporters from many countries and others in attendance at each session. In addition, the agenda includes a number of panels exploring innovative topics in comparative law.

Aside from the academic program, the XVIIIth Congress will include social events, such as breakfasts, lunches, and receptions almost every day and a closing banquet at the Organization of American States on the National Mall. The conference hotel will be the Ritz-Carlton Washington DC, which is offering extraordinary rates for those attending the XVIIIth Congress, but availability is limited.

For complete details and registration, please visit: http://www.wcl.american.edu/events/2010congress/
Posted by Unknown at 10:43 AM