Border Skirmishes: The Intersection Between Litigation and International Commercial Arbitration 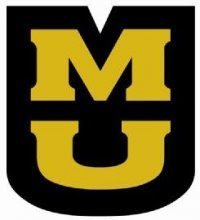 Gary Born will give the keynote address at a symposium entitled “Border Skirmishes: The Intersection Between Litigation and International Commercial Arbitration,” to be convened at the University of Missouri School of Law on October 21, 2011. A works-in-progress conference and a student writing competition is being organized in association with this event, and the University of Missouri School of Law is issuing a call for papers and proposals.

• Papers for the student writing competition are due August 15, 2011, with the winning paper announced at the symposium. The winner will receive a $300 prize sponsored by the Chartered Institute of Arbitrators (CIArb) North American Branch and may have his or her paper published in the Journal of Dispute Resolution as part of the symposium edition.

The symposium brings speakers from Canada, Austria, Switzerland, the United Kingdom and the United States together to discuss complex issues relating to international dispute resolution. Submissions for the works-in-progress conference and student writing competition should therefore bear some relationship to international commercial arbitration, transnational litigation or the connection between the two.

More information about the works-in-progress conference, the student writing competition and the submission process is available at the symposium website, located at: http://www.law.missouri.edu/csdr/symposium/2011/. Submissions and questions should be directed to Professor S.I. Strong at strongsi@missouri.edu. Registration for the symposium itself will open shortly.

The University of Missouri’s award-winning program in dispute resolution consistently ranks as one of the best in the nation. The University of Missouri is the only law school in the United States to have received Recognized Course Provider status from CIArb for courses offered during the regular academic year. London-based CIArb was founded in 1915 and offers training courses and competency assessment courses in international commercial arbitration all over the world.